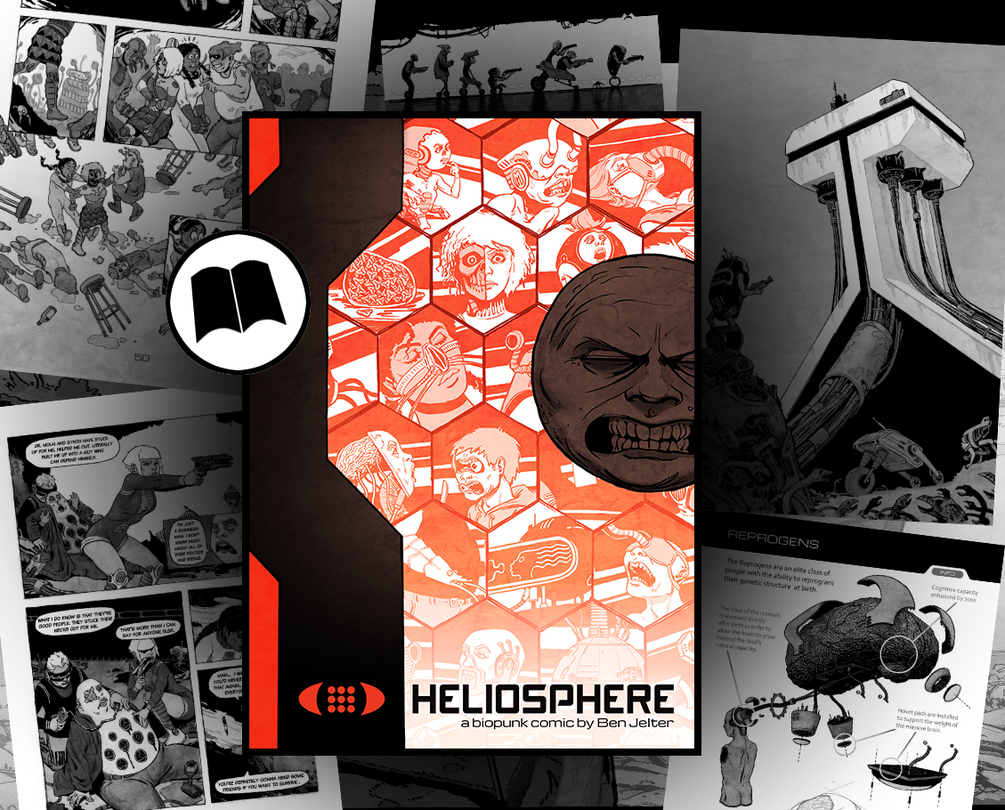 Heliosphere is a biopunk adventure featuring a young inventor named Maya. After being trapped in the future she has to find a way to survive. Robot snakes aggressively hunt anyone without proper identification. Bio-engineered elites fly over the rest of the population while cyborgs and mutants fight among themselves. Maya befriends a wild android and tries to resist but the whole world seems unhinged...

This is the third graphic novel by award-winning artist Ben Jelter. His previous work includes "The Tumor" and "Moscow 38" Influences include Aeon Flux, Ninja Turtles, other 90s cartoons, 90s manga, and real scientific theories from the present.

"I've never seen or read anything quite like Heliosphere. It's a dark, gritty biopunk comic with a wry sense of humor and a lot on its mind. The majority of the story is set in a meticulously rendered future universe that, while sprawling and expansive, never distracts from the strong characters. Benjamin Jelter's bizarre imagination shines in every page, from a 6 faced cyborg designed to resemble a virus under a microscope to the "vintage water" tasting villains with enormous brains hovering outside of their skulls. It's high concept scifi in the trappings of a 90s cartoon. Simply put, it's glorious." -JohnDavidIrvine

See it in your library

View in Library
Sorry, this item is not available in your location.
Sold out, please go back and pick another option.

Your purchase was successful!

We charged your card and sent you a receipt

Good news! Since you already have a Gumroad account, it's also been added to your library.